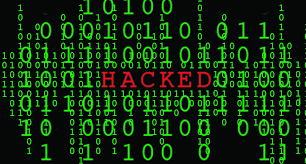 The head of cybersecurity for shipping giant Maersk recently gave a keynote at CYBER UK 19 and explained in detail of how the infamous “NotPetya” ransomware inadvertently hit their networks on June 27, 2017.

As stated in the article:

The company was one of the most badly hit of those caught in the crossfire of NotPetya, with almost 50,000 infected endpoints and thousands of applications and servers across 600 sites in 130 countries.

Maersk had to balance the need to continue operating – despite the lack of IT – and recovering and rebuilding networks. In many cases, it was a manual process that took days and what was described at the time as a “serious business interruption” is estimated to have cost Maersk up to $300m in losses.

Let this serve as a reminder that just when you think this could not affect you or your company, don’t be fooled…it absolutely CAN HAPPEN!  Don’t let it be you!

Also, if you’re looking for a abbreviated version of this story, ZDNet has one right here for you to check out!