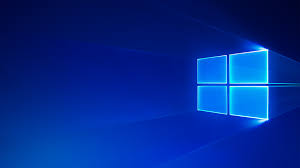 Looks like it was a good thing that version 1903 was delayed especially after coming across this article!

Microsoft has confirmed that certain Windows 10 based computers will not be able to upgrade to the May 2019 update if they have either an external USB device or SD memory card attached. The newly published Windows 10 support document reveals that those computers that already have the April 2018 (version 1803) or October 2018 (version 1809) updates installed will see an error message stating that “This PC can’t be upgraded to Windows 10.”

Oh, and it gets better…

Interestingly, Microsoft has also confirmed that “The drive reassignment is not limited to removable drives. Internal hard drives can also be affected.”

Both points are pretty bad news and needless to say must be fixed before any official release is put out to the public.  Since I’m one of many users that have multiple internal hard drives, I guess I couldn’t try out the new version even if I wanted to…yikes!