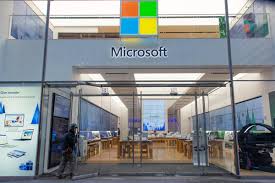 After 11 years in existence, Microsoft has decided to close all of its retail stores.  Modeled in a very similar fashion to the wildly successful retail stores of its rival and counterpart Apple, I felt that it was a decent way to showcase all of what Microsoft brings to the table as it relates to personal computing and gaming.  Unfortunately for them, they never generated the type of excitement among consumers that they had hoped for.

Interesting enough, they ended up serving as a great benefit to those needing immediate hardware servicing of their devices along with fulfilling some SMB requests.

Askwoody.com has a great post going into great detail about how Microsoft’s stores may have had grand visions upon its inception and opening but evolved into a niche player in serving their customers specialized needs.  Check out the full story here and let me know what you think!