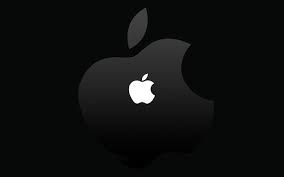 Henry Casey from LaptopMag.com is reporting here that Apple is aware that their new keyboards being used on various MacBook models is experiencing issues that have affected “a small number of users” and has apologized for this.

My takeaway from this…another year, another keyboard issue that Apple can’t seem to rid itself of.  I was listening to a SiriusXM interview discussing all things finance and Apple came up.  The guest, Barry Ritholtz, cut to the chase and said that the innovation when it comes to their laptops is severely lacking and part of that is due to these strange keyboard issues.  I don’t know what the answer is since I’m clueless as to what the hell goes on in their HQ but it’s been four years running that they have been dealing with this.

I also agree with Barry that it may be time to admit that Apple’s creativity and “out of the box” thinking may have died with Steve Jobs.  As an occasional Apple end user and avid repair tech, I remember the days where there was genuine excitement at the unveiling of any new Apple products; it is safe to say that the enthusiasm has waned and may even be getting worse.

Here’s to hoping that Apple pulls it together somehow, someway…